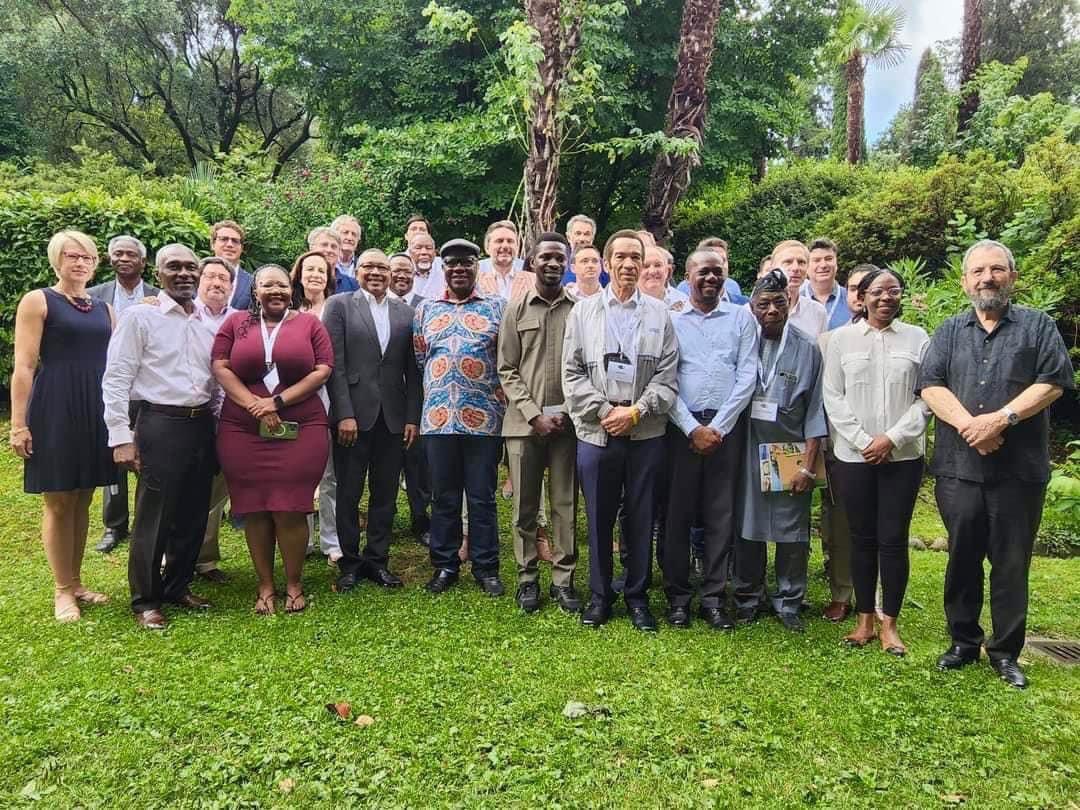 Three fascinating days, July 3-5, spent in Italy at Cadenabbia on Lake Como attending a retreat of world leaders and statesmen and women, hosted by the Brenthurst Foundation that focused on “Best Practice in Making Peace.” The Brenthurst Foundation brings the world's leading policy-makers, policy-shapers, leaders, thinkers and practitioners together to innovate ways to enhance peace, economic growth and development.

It was a great honor and opportunity to have been invited to speak at this event. Among aspiring candidates, I was the only one with a formal speaking role on a panel. It was a wonderful experience to represent our country Liberia. My presentation focused on three (3) themes using the Liberian experience as a basis:
1. preventing conflict - where I used ensuring elections integrity as a key means;
2. making peace - where I highlighted the role of women and the fact that we have 2 women laureates and
3. sustaining the peace: I postulated inclusive governments where everyone is represented and inclusive economic expansion and opportunity where eliminating corruption and a functioning judiciary are key.

I am proud to say that other speakers acknowledged and referenced my presentation throughout the retreat.

I left this retreat convinced that we are headed in the right direction and are properly positioned with past and current global leaders with our Real Change message and to push the CREATING PEACE agenda. It is impressive that we do have an array of past presidents who have peacefully handed over power, prioritizing their national peace, democracy, and transition. These are lessons we can all apply in our parties, communities, religious institutions and country at large.